ELVIS HAS LEFT THE HART CENTRE

It’s that time of year again. We all moan about how quickly it’s crept up on us and ask the same questions about why the shops are already full of Christmas cards…while secretly stuffing our faces with mince pies behind the scenes.

Plans for the The Fleet Christmas Festivities are also in full swing with stalls being booked, attractions being planned and decorations being unpacked as the Christmas spirit is dusted off once more for the upcoming season…except it seems in the Hart Centre.

The centre has long been known for its twinkling lights, festive displays and free mince pies but one of the main attractions is the popular Elvis tribute act that brings the Fleet Christmas Festivities evening to life with a selection of firm favourites and a chance to to have a boogie around to the tunes.

‘Elvis’ otherwise known as David Hurrell or Dale Fontaine, has been a festive favourite that has supported the Fleet celebrations for almost 15 years and has performed as Elvis for over 60 years, offering a friendly smile and great entertainment for all the family. Dave gives his time completely free and donates all profits to charity. You can read more about his shows on his website Echoes of Elvis.

Below: Dave over the years in previous Christmas Hart Centre Festivities

NO ROOM AT THE INN

Despite being in recovery from colon cancer, Dave cheerily announced on his Facebook page that he planned to perform as usual this year along with his wife Dee. However, there appears to be a distinct lack of Christmas spirit in the Hart Centre this year as a number of shop owners have made complaints about ‘noise levels’, leaving the entertainer very much out in the cold.

While Liza Thornton, Hart Centre Assistant, stated that they “thoroughly enjoy the atmosphere they bring” and that it was not their (Hart managements) choice, they would not be inviting Dave back to sing at the Christmas Festivities his year due to a shop tenants complaints.

Below: Livening up the Hart Centre at Christmas, Dale Fontaine aka Elvis in 2015. “You Were Always on My Mind”. 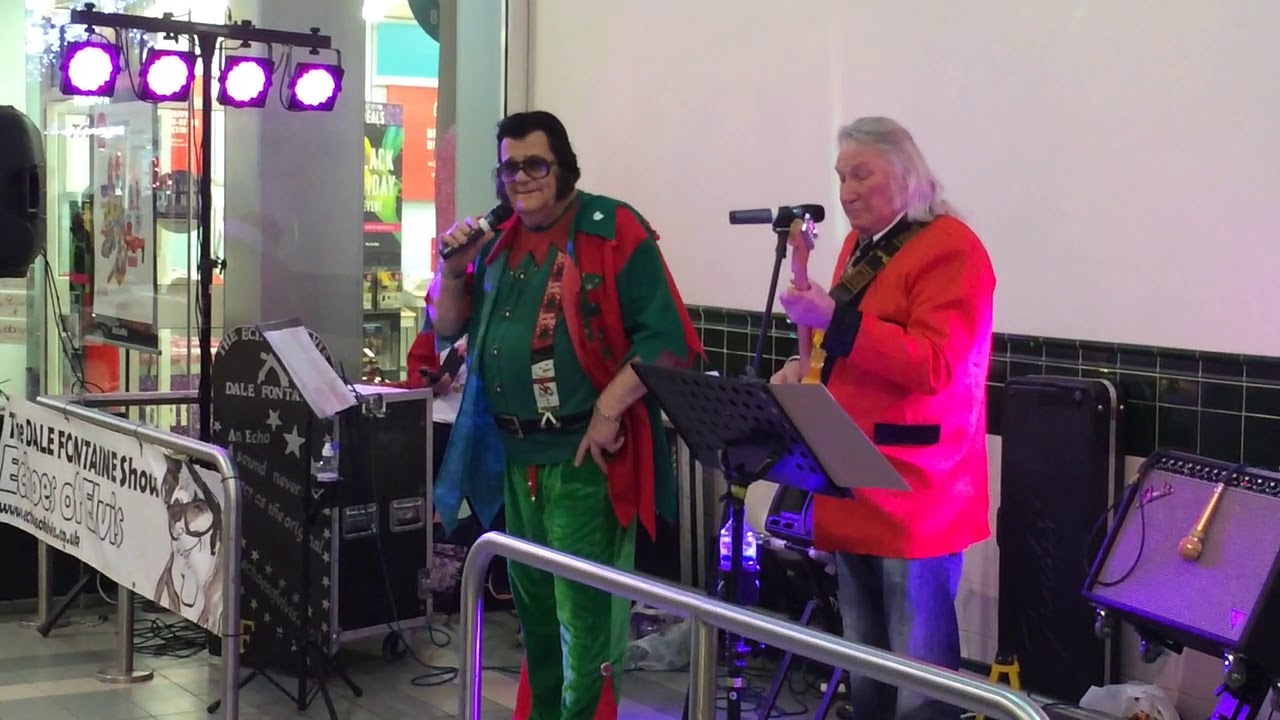 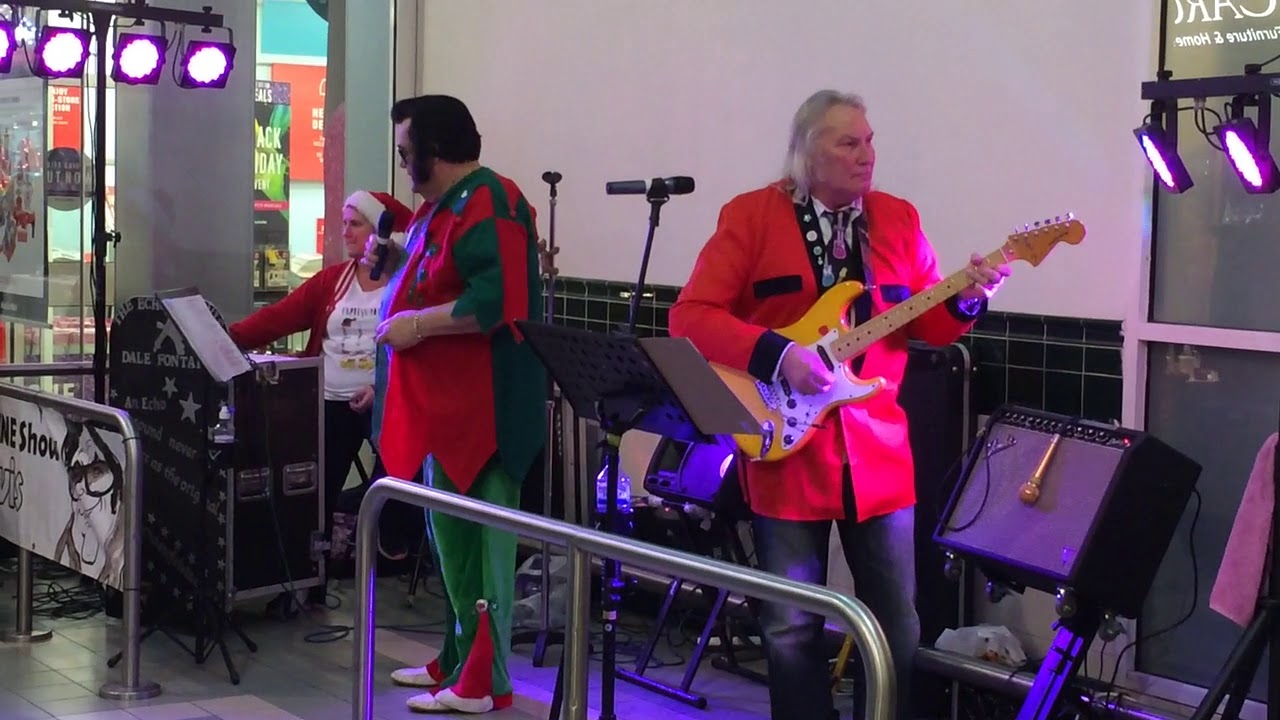 Below: Family fun as both young and old enjoy the music. “Johnny Be Good” 2015 . 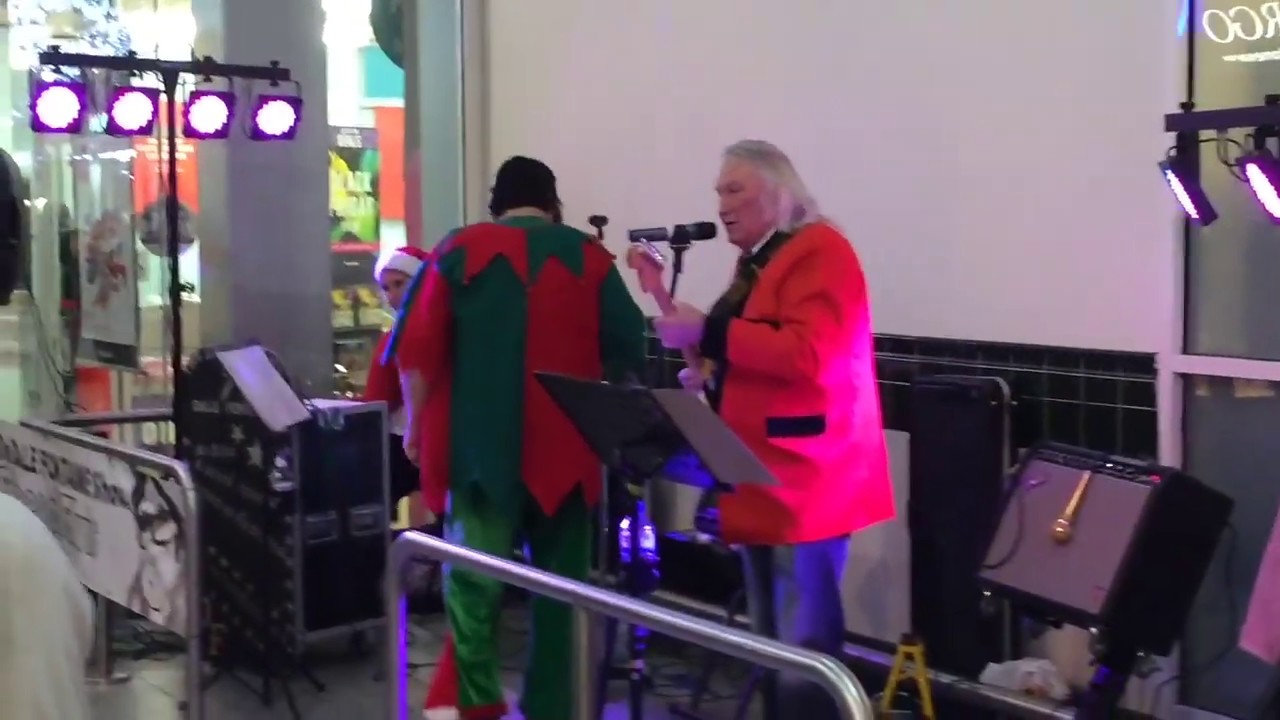 After receiving the news that he was not welcome this year, Dave stated:

I was hoping to do this last festivities before I retire next year. I have done nearly all of the festivities. I am totally upset ! I’m not 100% fit but I was willing to do this year. After all the show must go on! As far as I can tell there are a lot of disappointed people/fans ! Even some not coming because I won’t be there.

Despite asking Ms. Thornton about other locations in the Hart Centre, nothing else has been offered as an alternative and with the Fleet Festivities organisers confirming that the main outside stage is fully booked, it appears that the evening will be a little less entertaining this year. So if you’re expecting a welcoming atmosphere and a singalong with your mince pie you may well be disappointed, just try not to chew too loudly.

With a previous announcement that the traditional funfair rides for youngsters have been cancelled this year, it really could be a Blue Christmas for those attending the annual event.

Does the Hart Local Plan Let Fleet Down?

HE’LL BE HOME FOR CHRISTMAS!

THE ONGOING SAGA OF THE REDFIELDS LANE ROUNDABOUT

HOMES FOR UKRAINE – RESOURCES AND HELP

SO WHAT IS HAPPENING TO THE IZZY BUILDING...

AFTER BAKERS…IS THERE A NEW DIY STORE IN...

SERENDIPITY BUYER PULLS OUT OF DEAL IN LATEST...